Interview with American East Player of the Year Anthony Lamb 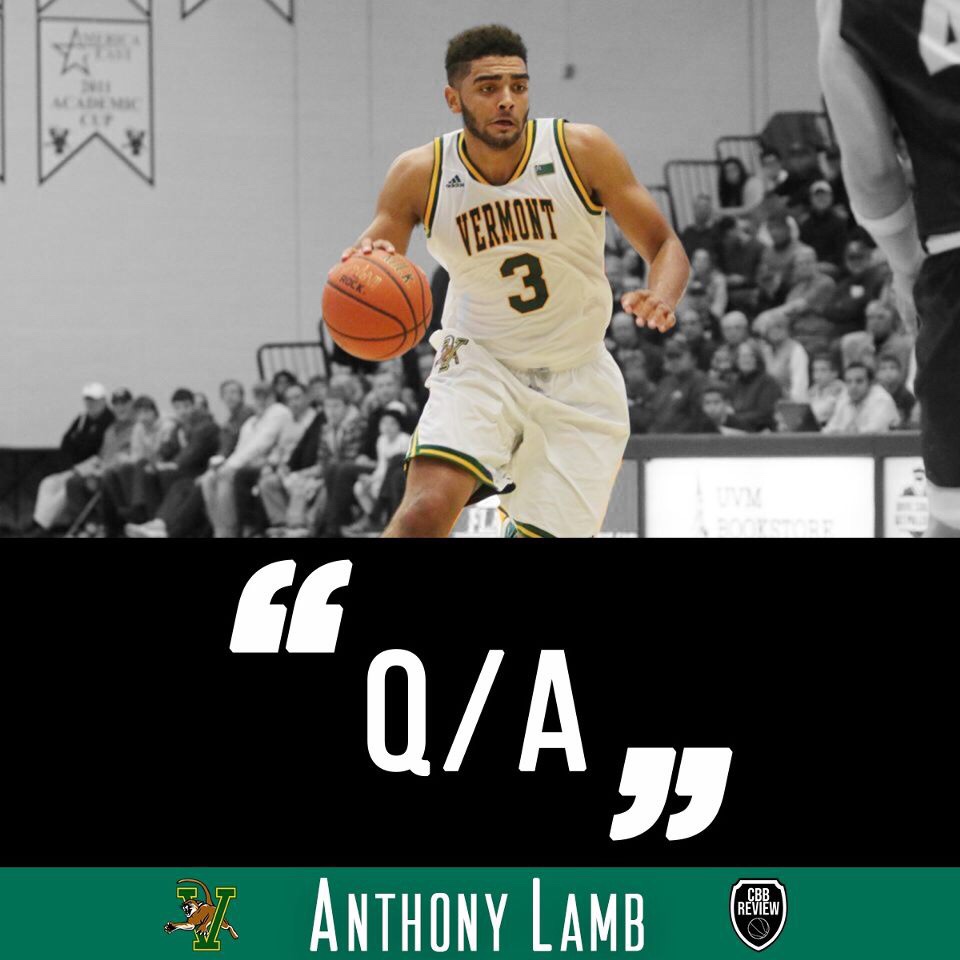 It was a privilege to interview Vermont’s star forward Anthony Lamb. Lamb led his team to a 27-7 record in the American East, and a 14-2 conference record. He averaged 21 points per game, 8 rebounds and 2 blocks.  Vermont was able to win the conference championship, and make the tournament, where they played very well in their game against Florida State. Lamb will be returning for his senior season in hopes of winning back to back player of the year awards and taking his team deeper in the tournament.

1. What made you choose the University of Vermont over some of the other schools you had offers from?

The reason I chose UVM over the competition is because of the people and coaching staff that I was privileged to meet during my recruiting process. I was very comfortable with the way they ran things and began to love the values they stand for.

2. What would you say your best skills is on the court, and how did you use it to help your team to a 27-7 record and seventh NCAA Tournament appearance?

My best skill on the court is my versatility. Being able to do multiple things on the court for multiple places on the court on offense or defense has allowed my team to be very successful this year. I know that I am only one piece of the puzzle to the success on my team and I find satisfaction with being able to complete any role that my coaching staff gives me.

3. What was the thing that you really took to heart after hearing from an NBA front office regarding your skills?

The most important thing I can hear from the front office is what they need me to get better at in order to be a successful part of a successful team in the NBA. With the right direction I know I can master anything I put my mind to. The feedback will give me that direction and allow me to take my game to the next level.

4. What were some key factors that made you declare early for the draft given the fact that you still have one year left of NCAA eligibility?

The biggest key was just the opportunity to learn and grow more during the off-season. I really enjoy training and learning everything about the game of basketball, the NBA has now given undergrads an even platform to do so and I plan on taking advantage of everything they are willing to put out there.

5. If you do get drafted after your senior season, what are some abilities you will bring to your new team and how do you think you can use those to help?

If I am drafted next year I know I am capable first of all of giving everything I have each day, I really enjoy winning and I will do whatever it takes to make that happen. Second, my versatility and strength will allow me to play multiple positions on the court. With the switching that goes on in the NBA, it is very important to be able to capitalize on mismatches and that’s mostly what my game is has been predicated on.

6. How do you think UVM will handle you moving on to the NBA if you are drafted next year since you are such a massive part of their program?

I know that I have had an amazing coaching staff throughout my time here, along with a group of tough players always willing to make the right play. With the toughness and grit that is instilled in Vermont players everyday, I have no doubt that the program will have continued success in the years to come with or without me.