There is less than one week left to go until this year’s NBA draft, which features many talented college athletes, looking to make an impact in the NBA. Below is a full first round mock draft, so scroll down to see who your team will draft!

This one is a no brainer for the Suns. Him and SG Devin Booker can become the next Shaq and Kobe, and getting Ayton will bring Phoenix a potential superstar.

The talented power forward will bring much needed help to a front court looking for a star after Demarcus Cousins’ departure. Getting Bagley will give the Kings a great scorer and a rebounder to help the team.

No one has seen their stock rise as much as Bamba’s these past few weeks. With a record 7-10 wingspan and guard like agility, Bamba is a freak who will be the franchise piece for a Hawks team looking for a star. 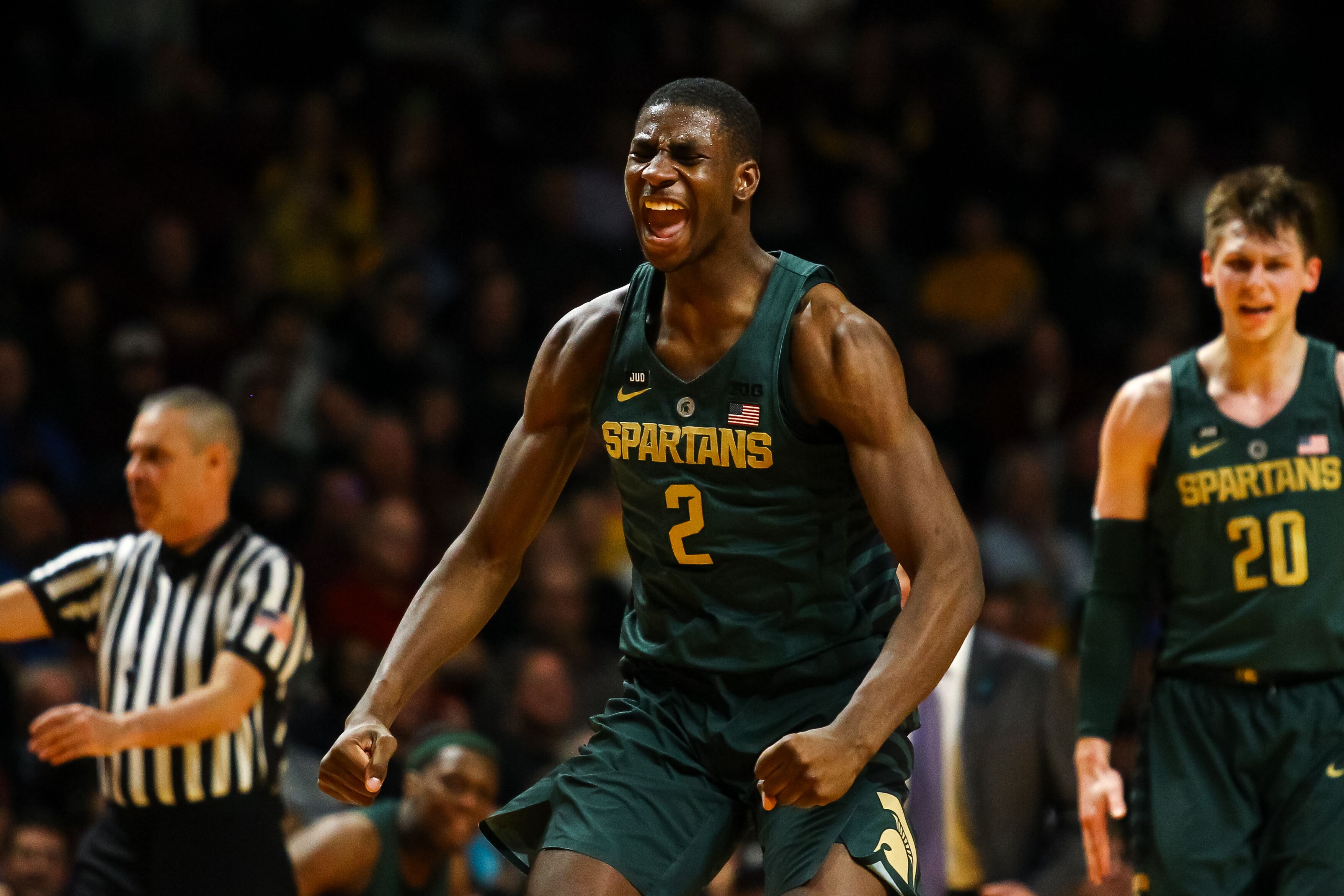 Like Bamba, Jackson has seen his stock rise throughout the combine and can serve as a replacement for Marc Gasol once he retires. Jackson is a very talented big who has the potential to become the best player in this draft. Lots of question marks surround Doncic after he was skeptical about playing in the NBA and leaving the euroleague which will make him slide this late. The Mavericks and Mark Cuban will be jumping for joy if they can snag the elite guard, who as a 19 year old was one of the best players in a talented Euroleague.

Michael Porter Jr. came out and said that he thought he was the best player in this draft, and the Magic seem to agree with him. They will take the health risk that comes with Porter and hope that he can play like the top prospect out of High School he was and lead them to a winning season. 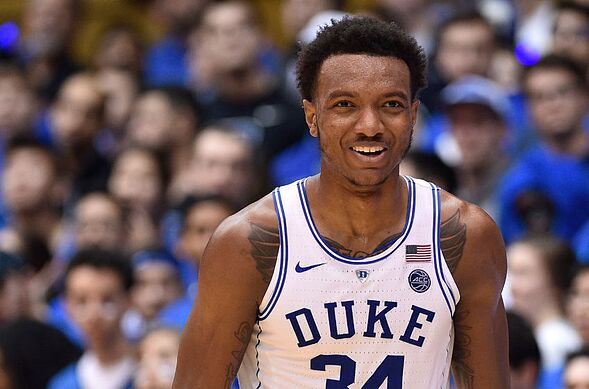 Last year the Bulls had to start Robin Lopez at center, but getting Carter would be huge to pair alongside a bunch of young talented players like Lauri Markannen, Zach Lavine, and Kris Dunn. Carter will be an immediate help to this team and bring joy to the Chi town once again.

With the loss of Lebron James seeming like a serious possibility, the Cavs need to focus on rebuilding around an old, untalented roster. In comes Trae Young, the best scorer and passer in the draft. If Young can live up to his potential, the Cavs may have a reason to celebrate next season if the King doesn’t resign.

The Knicks did not really have a second player on their team besides Porzingis last season, and if they want to make the playoffs soon, they need to draft the NBA ready Bridges. A solid wing player, Bridges can bring immediate offense and defense to New York and become a key piece in the future.

Bridges will join his teammate Jaren Jackson in the top 10 with this pick to the 76ers. With the idea of Ben Simmons moving to point guard, the Sixers now need a small forward and Bridges is the perfect fit.

This pick would almost guarantee that Kemba Walker will finally be traded this offseason. Sexton is a little reckless, but is a talented player nonetheless and could pair with SG Malik Monk nicely.

One of my favorite players in the draft, Smith showed that his athletic ability can rival that of Westbrook and Lavine. Don’t be surprised if the Clippers use this pick to trade up however to grab a big man; many rumors indicate Deandre Jordan is leaving and they will need a replacement.

Shai is a very smooth player who can get to the basket and score easily. Expect him to be competing for a starting job an opening night next season.

The best way to describe Williams is: if he wants to be really good he can but he doesn’t show it. This is concerning for many teams and was a big problem throughout the regular season last year for him, but he is a very talented player, and with Kenneth Faried on the trade market, the Nuggets will grab the big man to pair with this young team.

Perhaps the biggest draft riser this year, DiVincenzo proved in the combine that he is more than a one hit wonder. The Michael Jordan of Delaware can score, defend, and is surprisingly athletic, making him a great pick for a Wizards team unsure about their future.

The Suns lack a true point guard, and Walker might be able to take that position and make it his. He’s a great player and will be a key part of the Suns rebuild that will feature Booker and Ayton.

Knox has seen his stock slip a little since the end of the season, but he is a great player and a great scorer. Putting Knox at Power Forward can give the Bucks one of the best young starting 5 in the league that already features Eric Bledsoe, Khris Middleton, Giannis Antetokounmpo and Thon Maker.

There’s nothing Greg Poppovich enjoys more than turning players lesser known players with potential into superstars. Simmons is a great ball handler and could be the next Spurs prodigy.

I expect the Hawks to trade this pick and Dennis Schroder to another team and move up, but if they don’t they take another foreign born PG to replace him. Hawks will pair him with Mo Bamba to create a solid PG-C combo.

The Timberwolves lack a defensive big, and Robinson can be that guy for them. Lots of question marks surround this pick, but you can’t teach size, this pick will help this Wolves team a lot.

Brown was a little bit of a disappointment at Oregon, but he has great potential. Brown can serve as a great sixth man for a Jazz team looking to take the next step.

Hutchinson refused to participate in the combine because he knew he would be drafted in the first round, and he is right on this one. The Bulls need small forward help, and he can fill that hole on this team.

Thomas will be a great backup to Oladipo, who will enjoy getting more rest next season with a reliable guy like Thomas coming in to replace him. Pacers may trade back if they aren’t desperate to take a shooting guard.

If Robinson performs well in Portland, it could mean a different setting for CJ Mccollum in the near future. The Trail Blazers are looking for a change to take their team to the next step, and if Robinson can perform, things will be looking up for the Blazers. 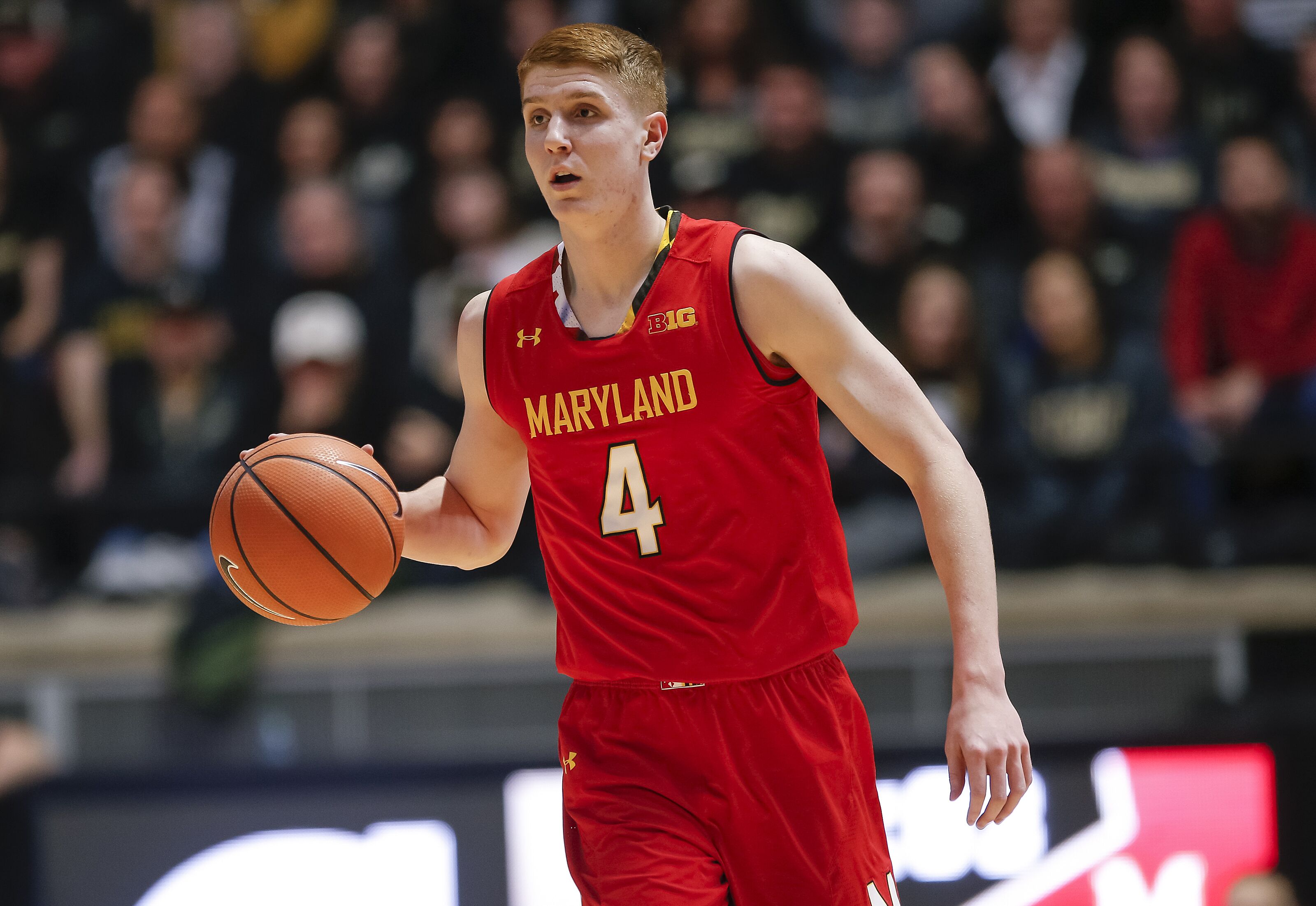 Apparently the Lakers already promised Huerter they will take him if he’s still available, and he lands on the Lakers in this mock draft. Kentavious Caldwell Pope is a free agent, and if he doesn’t resign Huerter may be getting solid playing time next season. The third Holiday brother joins the NBA, joining Jrue and Justin. Holiday is a great overall player, and if the Markelle Fultz experiment doesn’t work out, Holiday can be the point guard of the future.

He may be undersized for a big at 6’9, but his shooting ability and his rebounding ability are good enough to make him a first round talent. Aron Baynes is not the power forward of the future for the Celtics, and Spellman can be a big help in the frontcourt.

Warriors get a steal here in sharpshooting Trent Jr. The Warriors may trade this pick for future picks, but if not Trent can develop into a solid role player.

The POY finally gets picked to help an injured backcourt of Jeremy Lin and Deangelo Russell. He is a leader both on and off the court and a great pick for a young Nets team.

Shamet was terrific last year at Wichita State but still has some work to do if he wants to become a top tier player. The hawks will be very happy with this draft after drafting Shamet, Bamba, and Okobo to prepare for the future.